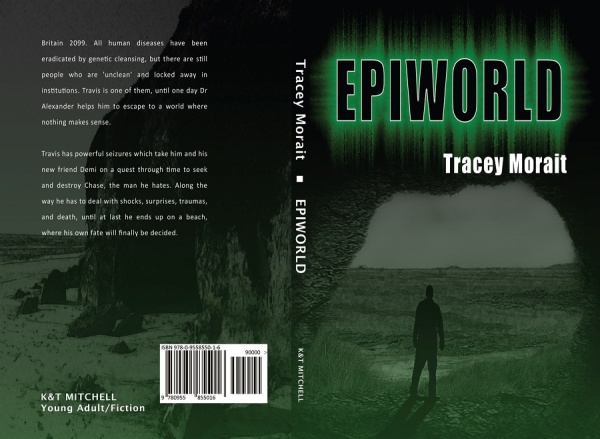 Britain 2099. All human diseases have been eradicated by genetic cleansing, but there are still people who are ‘unclean’ and locked away in institutions. Travis is one of them, until one day Dr Alexander helps him to escape to a world where nothing makes sense.

Travis has powerful seizures which take him and his new friend Demi on a quest through time to seek and destroy Chase, the man he hates. Along the way he has to deal with shocks, surprises, traumas, and death, until at last he ends up on a beach, where his fate will finally be decided.

Epiworld is available in paperback and Kindle

The Musings of a Writer / Freelance Editor in Training

A place where you can be human.

Your Health and Wealth Upgrade

book reviews by kids, for kids

changing the world one word at a time

BY GRACE THROUGH FAITH

Blurring the lines between poetry and prose

the easiest way to discover your next favorite blog

A girl travelling around the world on a motorcycle.

Stories and photos from Scotland

A WordPress Site
SAMANTHA THE READER

Astral Lucid Music - Philosophy On Life, The Universe And Everything...

Life Hacks To Save Time and Money

Understanding ourselves and the world we live in.

The strange case of Dr. August and Mr. von Orth.

The Casual Way to Discuss Movies

Never get lost in the Sauce

I'm the last words of a slain poet

We talk about things we can't actually make.

Tales of humour, whimsy and courgettes

Smile! You’re at the best WordPress.com site ever

Sometimes commercials are the best part of TV.

Musings and books from a grunty overthinker

I have people to kill, lives to ruin, plagues to bring, and worlds to destroy. I am not the Angel of Death. I'm a fiction writer.

Just a small town girl who writes about Christian stuff.